Tower Bridge in London is considered by many to be the finest bascule bridge in the world, an icon of bridge building. Designed by Horace Jones and John Wolfe Barry, its construction owes much to Sir William Arrol’s innovation and engineering expertise. His company – one of five main contractors – was responsible for the construction of the central steel structure that is hidden from view, but provides the bridge’s core strength. His success in constructing, in steel, the Forth Bridge – another of the world’s iconic bridges – led to the significant commission at Tower Bridge.

Construction of Tower Bridge took eight years. Arrol’s construction of the bascules, side spans, towers and walkways involved over 11,000 tonnes of steel, each section manufactured at the Dalmarnock Works in Glasgow and shipped to London. The visible stone structure is both protective of the steel core and decorative.

Until the summer of this year, Arrol’s role in the construction of this iconic bridge was lesser known. Through our website, FoSH was contacted by Dirk Bennett, Tower Bridge’s new Exhibition Development Manager, who knew of Sir William’s contribution and wished to make it visible. FoSH was delighted to provide background detail. In July, Sir William Arrol’s portrait was placed alongside those of Horace Jones, John Wolfe Barry and Sir William Armstrong, the hydraulics engineer, in Tower Bridge’s main exhibition hall. 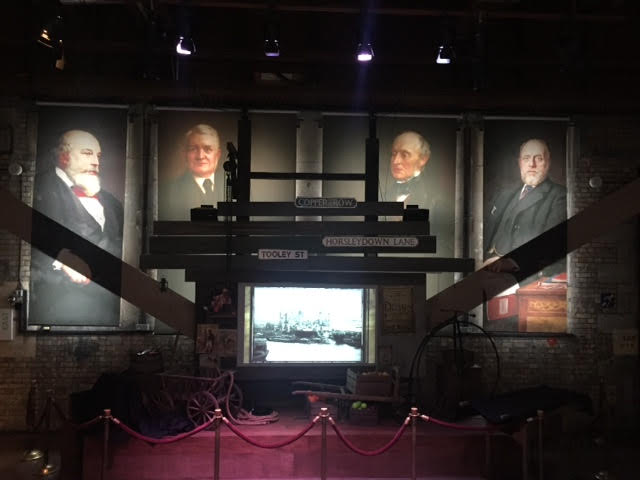 Sadly, the research for the Tower Bridge element of the engineering and construction series that Rob Bell presented for Channel 5’s current series, “Britain’s Greatest Bridges: Discover how six of Britain’s most iconic bridges were designed and constructed”, did not reference Sir William Arrol. Indeed – surprisingly, given the programme title – those responsible for Tower Bridge’s construction were entirely overlooked. Happily, in the previous programme on the Forth Bridge, Rob Bell paid full tribute to Arrol’s innovation and construction prowess.