An Arrol descendent  recently got in touch to tell us of her old family home, Glenarrol, in Victoria, Australia, which bears an amazing resemblance to Seafield House. 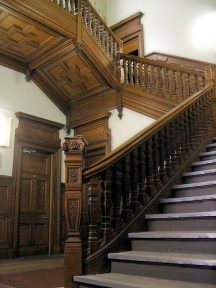 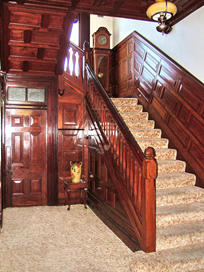 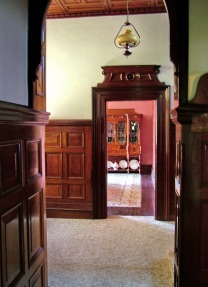 As the photographs show, the layout of the hallway is almost identical to that of Seafield House and Glenarrol also features similar wooden panelling on the walls, ceilings and above the doorways.  The dark, heavy architectural designs of this type were very popular in the late 19th century when Seafield House was built but surprisingly Glenarrol was built much later, in 1928.

Who would have thought that behind the door of the contemporary 20’s cottage-style, red-brick home lay an interior inspired by scottish victorian design? 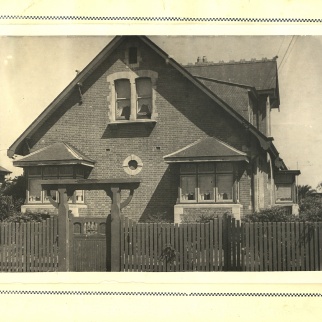 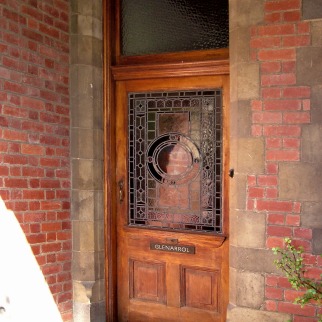 Vanessa Kiessling explained that the house was built by her grandfather, David Rodger, the youngest son of Jane Arrol Faulds. Jane was born in Johnstone, Renfrewshire in 1840, the year after Sir William Arrol was born and the area where he grew up before moving to Paisley.  The exact family connection to Sir William Arrol is not known but the family always referred to him as “Uncle”.  Jane’s husband, David Rodger, died at sea before his son David was born in 1873, leaving Jane to bring up their 5 children on her own.  Early in 1885 her eldest son, Peter, emigrated to Australia and once he had settled in Melbourne, sent for his mother. Together with 11 year old David and his 2 sisters, she sailed on the Loch Tay later that year to join him.  Peter set up a building business in Melbourne and was contractor for many well-known buildings including Flinders Street Railway Station, Melbourne, and St John’s Cathedral, Brisbane.  His young brother David also became a builder and joined the business, working as foreman on many of the sites.  David made several trips back to Scotland and in 1912 got married in Port Glasgow before returning to Melbourne with his bride.  It is thought that during these trips he may have visited “Uncle William’s” Seafield House and  was so inspired by the design that he used elements of it when building his own home in 1928.

Many thanks to Vanessa Kiessling for sharing her amazing story and photographs, and for permission to use them on our website.

Planning Approval with conditions granted for Seafield House and grounds